A Chinese Automotive Company, XPENG AEROH, has launched the first public exhibition of its electric flying cars during GITEX Global 2022 tech show in Dubai. The cars took off in front of 150 viewers and demonstrated some vertical take-off and safe landing capacities. The flight lasted for just 90 seconds (1 minute, 30 seconds) which questions the readiness for commercial purposes.

The flying car named Xpeng X2 is a “fifth-generation” electric car according to the company that has developed and manufactured the cars, XPeng AeroHT. It consists of a two-seater with a sleek teardrop-shaped design that gives it a highly futuristic appearance that could have come right out of a sci-fi movie. To obtain the best in-flight performance, aerodynamics, weight reduction, and the usage of an all-carbon fibre body have all been taken into account.

Being an all-electric vehicle, it helps the global movement away from ICE (Internal Combustion Engine) vehicles in favour of more environmentally friendly urban transportation because it emits no carbon emissions. According to XPeng, the X2 is best suited for short-distance city trips including sightseeing and medical transports as well as low-altitude city flights.

Given that the car is still in the early stages of development, there is no information yet on its price or availability. On the other hand, we discovered at the company’s 1024 Tech Day in the fall of last year that its sixth-generation flying car is expected to launch in 2024 and might cost as little as $156,600.

This more recent model will have road-driving capabilities as well.

The XPeng X2’s launch date of 2024 sounds considerably too optimistic, especially in light of the numerous challenges that must be overcome before any vehicle of its kind is permitted to fly, even though that pricing can be used to determine an estimated price for the XPeng X2.

Any aircraft, including flying vehicles, must undergo extensive dependability and safety testing before receiving an airworthiness certificate and being approved for mass production. According to a Protocol report, Europe has put up the world’s only vertical takeoff and landing (VTOL)-specific specifications.

However, no eVTOL companies in China have received such a certificate. In fact, the certificate does not currently include a clause for eVTOL technologies, therefore firms developing such technology are not eligible to apply even if they want to. All of this implies that it will be years, if not decades before the first flying automobiles appear in our daily lives.

Rumor: Xiaomi is set to launch its first EV with autonomous features in 2024

Xiaomi’s first prototype car will be released in August 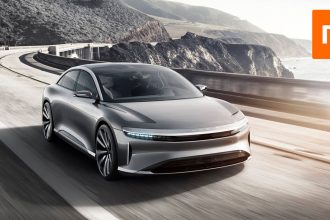 Rumor: Xiaomi is set to launch its first EV with autonomous features in 2024 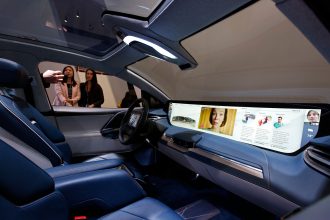 Xiaomi’s first prototype car will be released in August