For some time now, Motorola’s popular G-Series devices have not been among the pricey smartphones. Instead, they’re still on the Mid-range class of Android phones and yet pack great features. So the price Motorola has announced is very enticing for the Moto G8 Power.

Moto G8 Power comes with an Infinity-O display located on the left top edge of the display with the camera inserted in the display’s extremely small O-shaped cut-out so as to thin the bezels and provide the maximum quantity of screen. This Infinity-O cut-out allowed Motorolla to achieve a tremendous screen-to-body ratio of 88%.

The Snapdragon 665 processor is in the mid-range but still fairly good for a Mid-range phone. At this price, 4GB RAM and 64GB of storage are in fact standard for such a device and also a micro SD card slot is available in case you want more space.

The Moto G8 Power has a USB-C connector and a 3.5 mm headphone jack on the bottom of the device. Furthermore, it operates on Android 10 that is free from bloat, and Motorola is not doing anything to improve the experience of its UI.

The battery capacity is truly a powerhouse that will almost definitely be a good recommendation to those interested in an enduring device that is still on the Mid-range price, and also the display still looks great. The processor should be enough to handle normal tasks without an issue.

To me, the Motorola Moto G8 is the type of device that I’ll recommend to a friend that is on the budget and still wants features that are not disappointing.

Motorola Razr Set To Come With A 3500 mAh Battery 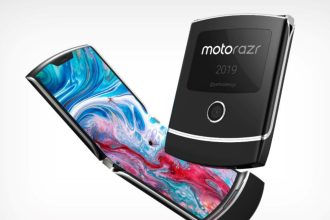 Motorola Razr Set To Come With A 3500 mAh Battery