Following the release of the OnePlus 11, we are now expecting the launch of yet another product from OnePlus  Yes, we are talking about the OnePlus Nord CE 3 smartphone, which has its live photos 2 days ago and today another clear live Image was shared by MySmartPrice revealing the majority of the important design as well as the specs.

The upcoming OnePlus mid-ranger has been the subject of a number of different leaks over the past several days, including live photos of the device.

According to the information that has been provided by MySmartPrice, the back panel of the upcoming Nord range will have a glossy and lustrous appearance. In addition, this panel will be able to support two enormous circular camera mounts even though there is no outer frame. The fact that one of the attachments already has two lenses mounted to it is a strong indicator that the phone will support a triple-camera arrangement.

In the meantime, the left edge will house the volume controls in addition to the SIM tray. Furthermore, the USB Type-C connector, a 3.5mm headphone jack, and the speaker grille will all be located at the bottom slit of the phone.

The smartphone is said to debut with a Snapdragon 695 SoC, 5,000 mAh battery, and 67W fast charging, according to earlier rumors. The choice of the chipset will also be a step down in comparison to that of the Nord CE 2, which used the more competent Dimensity 900 and offered the ability to record 4K video.

The main camera on the OnePlus Nord CE 3 will have 108 megapixels, and there will also be two 2-megapixel sensors for depth and macro photography. Disappointingly, there is not an ultrawide camera included in this device. It’s possible that the front punch hole will hold a 16-megapixel camera for taking selfies and video calls.

The Nord CE 3 is rumored to make its debut in July of this year, so we should have more information about it then. 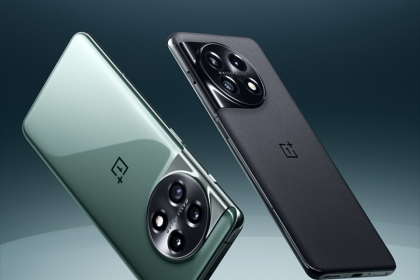