Tecno has risen to become Africa’s top phone brand over the years by providing low-cost smartphones with good selfie cameras, decent displays, and clean design. The Tecno Phantom X, the company’s most recent model features a 6.7-inch 90Hz 1080p OLED screen, a 50-megapixel main camera, and a 48-megapixel selfie camera, as well as a MediaTek Helio G95 CPU with 258GB of internal storage for roughly N245,000.

While these specifications aren’t likely to excite users who are after powerful chips, but the specs are excellent for users that are after a good camera and display without paying a huge amount of money.

You’d be correct if you figured that Tecno has a phone for almost every pricing bracket. We reviewed the Pova 2 and Camon 17 Pro, which cost around N80K and N155k, respectively, a few months ago. Since then, they’ve released another mid-range phone, priced higher than these.

The Tecno Phantom X is the company’s most high-end smartphone so far and it has been identified as the company’s flagship and it has little or nothing in common with Tecno’s prior Phantom devices, such as the Phantom 9 and 8.

The Phantom X is a significantly improved version of the Tecno Camon 17 Pro, which we previously reviewed. The Phantom has an AMOLED display in place of the LCD and a more capable camera configuration, although both devices are powered by the same MediaTek G95 processor.

The Tecno Phantom X is already available for sale in Tecno’s stores and retail stores across Nigeria. Its price ranges from N220,000 to N250,000. 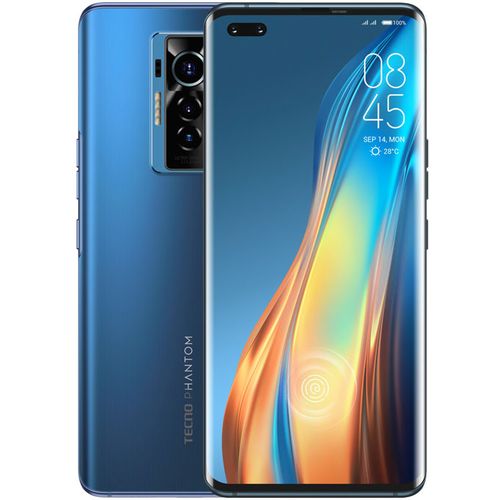 To begin, it’s important to mention that the Phantom X’s display and design are one of the reasons for its high price. The cost of a curved edge screen is usually more than the cost of a flat one. Also, a Corning Gorilla Glass 5 protects the Phantom X Curved display, and the screen is Amoled.

Starting from the front, the device features a 6.7-inch full HD OLED display with a 90Hz refresh rate, curves on the sides, and a pill-shaped cutout for the dual selfie cameras.

The volume and power buttons are on the right edge, but slightly pushed back to allow the curved display, and I adore how the rear glass and metal frame cleanly diverge from their original line to give identical frame margins above and below the row of buttons.

The primary microphone, a USB-C connection that allows 33W fast charging that is quicker than what most Samsung phones at such price offer or per se what most flagship phones offer, and then the loudspeaker grille is located around the bottom edge.

The second microphone is located on the top edge, as is the triple slot tray, which stores two SIM cards and an SD card. Although it does not have an official water-resistant certification, it features a rubber ring for increased waterproofing.

The Phantom X features one of the largest camera bumps I’ve ever seen on a smartphone’s back for such a price with the first housing the famous Quad-LED flash and laser autofocus, and the second holding three camera lenses.

Such a large camera bump should imply a large camera performance, which we’ll learn more about in the camera portion of this review, but right now, just glancing at the size of the main sensor tells me we’re in for a good one.

Unlike most flagships these days, the Phantom X’s casing still contains a headphone port, which is wonderful news for music lovers who prefer wired headphones. Despite having a curved display, the Phantom X’s chassis is thin enough to contain the power and volume control buttons and still feels good to hold and operate.

The phone also has stereo speakers, which are uncommon in this price category, and the sound quality is above average.

When it comes to displays, the one on the Phantom X looks fantastic. The curved AMOLED display with the pill-shaped punch-hole looks similar to what we have seen in modern phones like Huawei P40 plus. But the top and bottom bezels are a bit thick for our taste, but the Phantom X genuinely stands out with its curved display.

The Phantom X offers one of the nicest screens on a mid-range phone, with a big 6.7-inch display, Full HD+ resolution, and a 90hz refresh rate. The AMOLED display is ideal for watching films and playing video games, and the 180hz touch response rate should improve gaming by providing sleeker button responses.

The fingerprint scanner is now integrated into the display, and it is quite quick, but more importantly, highly reliable. It correctly identified my fingerprint 99.9% of the time. Because of how slow it was during the setup step, I was hesitant to trust it, but it performs admirably.

Edge lighting animates the display’s curved edges for things like app notifications and phone calls. You can choose from three different animations for each, as well as disable them entirely if you like.

To be clear, Tecno did an excellent job with color reproduction. So far, everything seems and appears to be in line with the competition. The display’s colors are vibrant, and the image contrast, sharpness, and colors are well enhanced. I’m happy they didn’t oversaturate the colors. Also, the brightness is also well-executed. And the sensors are quite good at determining when to reduce and enhance the light. This is something I’ve had issues with in the past with previous Tecno devices. As a result, seeing it done effectively here is a good thing.

The rare camera configuration consists of a large 1/1.3 inch 50MP wide lens with Dual Pixel PDAF and Laser AF, an 8MP wide-angle camera, and a 13MP 2x telephoto camera make up the combination. The Tecno branding is horizontally placed beneath the glass, and the glass itself is extremely lovely to touch. It has a frosted glass surface with fine grooves that span the length of the back.

The pill-shaped cut includes two cameras: a 48-megapixel selfie camera which is very similar to the Camon 17 Pro and an 8-megapixel ultra-wide-angle camera for wide selfies. The Phantom X captured selfies with superb sharpness and depth, and the exposure was well-balanced.

The main camera on the Phantom X does a fair job for its price range, providing a good degree of dynamic range and brightness in outdoor conditions.

What’s even more noteworthy is that the main camera performs significantly better in low-light situations. Photos taken in low light are sharper and have more depth. It’s possible that TECNO modified the Phantom X’s camera software to make it better tuned for low-light shooting, but we’d like to see an update that improves the Phantom X’s performance in daylight.

The Phantom X excels in the display and camera departments, but it misses the mark in the performance aspect, with an Helio G95 processor, 8GB RAM, and 256GB of internal storage. The configuration of the processor, RAM, and storage is nearly identical to that of the Camon 17 Pro.

The Helio G95 is a capable CPU in 2021, despite the fact that the Helio G96 is already official and it still employs an obsolete 12nm fabrication. According to benchmarks, the Helio G95 is about on scale with the Snapdragon 720G, an 8nm-based processor seen in a variety of 4G mid-range phones such as the Galaxy A72, Realme 8 Pro, and so on.

As a result, its day-to-day quality is very good, as is the case with most mid-range phones. For most people, this is all they’ll need, thanks to hardware that can handle even the most demanding multitasking at a level that’s well above what’s appropriate. You’ll only notice a difference if you use it with a high-end smartphone; otherwise, it’s amazing.

The Tecno Phantom X comes with a 4,700mAh battery that, when combined with the 1080P 90Hz display, provides such incredible battery life that can last you up to a day on average usage. Similarly, the 33W fast charger takes just 1hr to charge the phone from 0 to 100 percent.

HiOS 7.6 (based on Android 11) is a clean operating system with a small amount of bloatware. It also comes with Ella voice assistant, which may be useful to some users.

Then there’s Ella, Tecno’s own voice assistant. You can launch it by saying “Hi Ella”, so we’re keen to see how she matches up against Google Assistant.

It can do simple things like set timers, tell you the weather, and do a Google voice search. It can even make and receive phone calls and play music. Meanwhile, the more difficult tasks, such as reading calendar events and making context-based requests, such as saying good morning to it, generate no results. We are also concerned that it couldn’t handle arithmetic requests, which I felt was one of the most basic functions.

This phone is just amazing. Tecno has done an excellent job designing the Tecno Phantom X, with a vibrant color that shines out and a huge camera array that is well placed on the phone’s back.

It’s a smartphone that’s as comprehensive as any other mid-range handset I’ve tried. Without an obstructive UI, the software is amazing, with all Android capabilities running as claimed and a battery life that is hard to believe.

Also if you want to be able to fast charge your phone, the Phantom X charges in (almost) no time thanks to its 33W wired charging, which is ideal if you like to charge your device before going to work.

Meanwhile, if you’re a power user, we wouldn’t recommend this phone if you use your phone for lengthy periods of power-intensive operations like gaming or multitasking

Our review of the TECNO Phantom X reveals that the brand has the potential to compete in the Nigerian against mid-range devices from popular brands. The Phantom X stands out in the mid-range sector because of its curved AMOLED display, superior overall construction, and large sensor on the main camera. Its processor seems to be the only thing dragging it back.

While the Helio G95 is still efficient despite its age, TECNO might have chosen a different processor.

With so many outstanding phones in this price range, the mid-range smartphone market is becoming increasingly saturated with each release. The Tecno Phantom X ranks near or at the top of all smartphones in the N200k price category. I can strongly recommend it to anyone searching for a low-cost phone that still provides a wonderful user experience.

Overall, the Tecno Phantom X offers a lot for the money in this N300k pricing category. The huge screen, dual speakers, extended battery life, and enough storage make it an excellent media watching device. When comparing this phone to similarly priced phones from Xiaomi or Realme, I still favor the latter two brands because their software is more refined, but the Tecno Phantom X should be another hit in its target market.

Every month, the standard for what constitutes a decent budget device is elevated even further, and Tecno is almost always…

When it comes to budget smartphones in Nigeria, it’s been an exciting period. There has been a significant influx…

In the last few years, the smartphone world has evolved dramatically, largely for the better. In the past, premium…