It’s not very often that you see a smartphone with a battery that really can match that of a power bank. That’s exactly what you get with the Tecno POVA Neo, which has a huge 6,000mAh battery. The Helio P22 processor, 4GB of RAM, and a 13MP dual-camera setup are among the highlights of Tecno’s new offering.

It starts at N70,000, and I’ve made a thorough review of the Tecno Pova Neo to help you decide whether it’s worth your money.

Tecno has always prioritized making phones for teenagers and mobile gaming enthusiasts. You’ve probably heard of their prior Pova 2 model, which comes in a number of variants.

TECNO has been on a roll in Nigeria lately, releasing phones left and right. The TECNO Spark 8P, TECNO POP 5, and, of course, the TECNO POVA 2 have all been released in the recent month.

The TECNO POVA was released not long ago — to recap, it was a phablet with a 6.9-inch screen and a 7,000 mAh battery. It was also quite inexpensive, costing only N95,000. So, what’s new with the TECNO POVA Neo which is the smaller variant of the Pova 2?

Let’s have a look at what’s inside the box and what the hardware has to offer:

The Tecno Pova Neo is already available for sale in Tecno’s stores and retail stores across Nigeria. Its price ranges from N70,000 to N75,000. 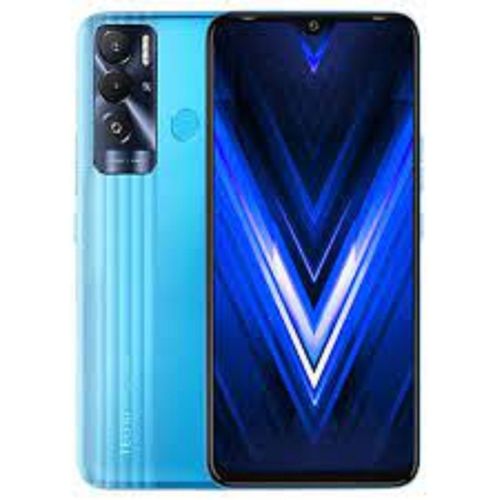 Because of its enormous battery, the POVA Neo is a fairly hefty phone that is difficult to operate with one hand. The phone is made of a plastic unibody, which is common on budget phones and has a slightly rough textured surface. The camera bump is big, although it does not protrude significantly from the rear.

Just like the other Pova devices, this device is clearly not designed for people who want to be able to use one hand to operate the phone. It is, nonetheless, designed to be held in the same way that gamers use gaming controllers.

The phone’s buttons and ports include a power button on the right side, as well as volume up and down buttons above it. The SIM card slot is on the left side of the smartphone, while the microphone, Type C port, speaker grille, and headphone jack are on the bottom. There is no secondary microphone for noise cancellation on the smartphone.

On the front of the Tecno Pova Neo, there is a 6.8-inch IPS LCD display with HD+ (720 x 1,640) resolution and a standard 60Hz refresh rate. The display isn’t as brilliant as I’d expected, and the off-axis color shift is far more than I’d expect from a low-cost phone. The top dot notch is absurdly large, and there is a lot of backlight leaking surrounding it. The tiny bezels around the top and side edges, on the other hand, compensate for it.

The POVA 2 can only stream SD material on its massive display since it lacks WideVine L1 certification.

The back camera on the Tecno Pova Neo is made up of two lenses. The main camera is 16 MP. The secondary camera is a QVGA AI sensor.

You will shoot regular images in good lighting with the Tecno Pova Neo They’ll have enough detail and the right colors. However, do not expect such good results in more complex situations. AI portrait, AI beauty, short videos, AR effects, Video bokeh, and slow-mo video are all available in the camera settings, which is good. You can record videos with a maximum resolution of [email protected] on the Tecno Spark 8.

The front camera is a single 8 MP sensor. Its capabilities aren’t really amazing. The colors are rather faint, and the detail is poor. It is, nevertheless, sufficient for video calls. We recommend using HDR when taking selfies.

Tecno has not tried for selecting the Mediatek MT6762 Helio P22 (12 nm) chipset to meet the performance requirements. I guess it’s because it is the budget version of the POVA 2. Nevertheless, the device performed well in ordinary situations, however, heavy gaming should be avoided unless you really want to deal with frequent frame drops. The device has 4GB of RAM and 64GB of internal storage.

Tecno’s HiOS 7.6 skin, which is based on Android 11, provides an average user experience. The app drawer’s alphabetical format makes it easier to navigate, but the amount of bloatware in the Tecno Pova 2 is hard to overlook.

The OS has various unique features, such as a voice changer that can be used during conversations or even while playing games. There’s also a peak mode in the OS that protects your privacy, as well as a kids mode that restricts access to only certain applications.

The battery on the Tecno Pova Neo is perhaps the most important feature. With a capacity of 6,000mAh, it is huge and excellent. Tecno claimed to offer up 15 hours of web browsing, and 24 hours of music listening on a single charge. It supports USB Type-C fast charging at 18W, and a full charge will take around 90 minutes.

The Nigerian budget market is fiercely competitive, and TECNO is making a positive step forward by providing us with what consunmers want.

While far from flawless, the TECNO POVA NEO demonstrates the brand’s potential, and as a result, it has won our hearts, making it our overall budget battery king.

It may not have the best chip under N70k, and there is no ultra-wide lens, but TECNO makes up for it with its long-lasting battery life and large display. Furthermore, the Helio P22 chipset is still average in terms of performance in its class.

If you require a phone with a large display, an average processor, and a long battery life, the answer is yes.

TECNO is gearing up for a strong push in the Nigerian market in 2021, and the TECNO POVA NEO demonstrates that they have a firm grasp on the budget segment: large displays and extended battery life are the order of the day, and the POVA NEO delivers with its massive 6.8-inch display and 6,000 mAh battery.

It also provides high value in other areas: despite its extra size, its clean looks and nice design make it something we want to use every day. Performance is a little iffy, and we must commend has not done well in this aspect. Otherwise, TECNO has done well by polishing and improving the user experience.