After spending hours of time doing research on top games in the Playstore, We’ve finally analyzed the top 10 Android games to play in 2022. Some of these games are totally free to play whereas others will cost you a couple of dollars, but in the end, you’ll definitely enjoy some of the games that are on the list. Check them out.

Alto’s Odyssey is my favorite game so far. I’ve been playing this game for over a month now. Very addictive. If you’ve noticed something about this game, it somewhat resembles “Vector” in terms of gameplay.

You may be interested in: PPSSPP Games Highly Compressed (Top 35 Games)

Genshin Impact is a game with two personalities that are in dispute. It’s a beautiful open-world RPG that embraces much of what made the Breath of the Wild of Nintendo. Even when compared to more conventional gacha games, it’s also a surprisingly greedy gacha game. Genshin Impact has the capacity to become an industry powerhouse played by millions for years to come, but if not changed to better fit Genshin’s AAA-caliber gameplay, its fundamental gachapon core will tragically drive players away.

Genshin Impact created much of its initial popularity by virtue of being insanely similar to The Legend of Zelda: Breath of the Wild, as many of you have realized by now. A huge, vibrant open-world that you can experience free of charge? Only search. The ability to climb on virtually any surface, and a navigational wind-glider? Check also. How about a stamina bar that ranges from climbing, cycling, flying, gliding, and even fighting to anything? You get the general point: without even an iota of embarrassment, Genshin Impact features its inspiration boldly.

Its fighting system is the most interesting part that Genshin Impact brings to the game. Each character specializes in a different aspect on top of the usual melee or ranged attacks that can dramatically alter gameplay. Also, the graphics are very clean!! 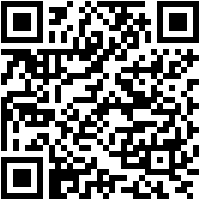 So far, these are the top 10 Android games we could analyze from the Google Play store and whenever a new game comes out that is worth adding to this list, we update this list, so you will always know about the top games that are worth playing 👍.