These days, most people use a VPN. One big benefit is that you can access content and websites that are not available in your country. It also lets you browse the web without being seen. But what we might not know is that there are also disadvantages to using a VPN.

Contents
A VPN may slow down your connection.A VPN is not legal in all countries.Search Engine Robot-check is a painSearch Results That Aren’t RightYou might have problems with your WiFi connection.Redirected to an incorrect website

Well, everything has its disadvantages, and before you use a piece of software, you should know all of its pros and cons. Read about the disadvantages of using a VPN below.

A VPN may slow down your connection.

Because a VPN reroutes and encrypts your connection to the internet through the VPN server, your connection speed might drop a little. This is why it’s important to test your VPN speed when you’re trying out a new provider. Most premium VPN services, like NordVPN and ExpressVPN, won’t slow down your internet too much, but the speed rarely stays the same.

Still, most people who use the internet won’t notice a difference. It could slow you down if you’re doing something that uses a lot of bandwidth or needs a faster connection. For example, gamers who want to play online multiplayer games should look into the best VPNs for gaming to make sure they don’t have any lag.

A VPN is not legal in all countries.

In most places, it is legal to use a VPN. In fact, most big companies and corporations use VPNs to keep their networks safe. Some things are different, though. Some governments want to be able to completely control what their people can see on the internet. Because VPNs can be used to get around government censorship, some totalitarian countries have made them illegal.

In some places, like China, you can only use VPNs that the government has approved. It might not be against the law to use a VPN there, but they want to keep an eye on it. Some good VPN providers, like NordVPN, have built special “obfuscated servers” that should still work in places like China where it’s not allowed by the government. In some places, like North Korea, it is against the law to use a VPN at all. If you live in a country that limits or bans VPNs, it can be harder and even more dangerous to protect your privacy, safety, and freedom online.

Search Engine Robot-check is a pain

When you use a VPN, it will usually connect you to the server that is the fastest. This means that many people will connect to the same IP or VPN location.

When these people, including you, search for something, it sends Google an unusually large number of queries from the same IP, which makes Google think you are a robot.

So, if you’re in the US and connected to a VPN server in France, searching for “pizza places” might give you results based in France and probably in the French language.

A kill switch is a very useful feature that is built into the software of many VPN providers. If your connection to the VPN server drops, you suddenly lose the security and privacy that your VPN gives you. From now on, your real IP address will be linked to what you do online.

When you use a VPN, you might end up on a site other than the one you want. If you type amazon.com into your web browser, you will be taken to the Amazon Store for your country or region. This makes perfect sense since Amazon wouldn’t want to show you products that they don’t ship to your country.

But if you are in Spain and you use a VPN to connect to, say, Denver, United States, you will be sent to amazon.com instead of the right site, amazon.es.

Many other shopping sites, like eBay, Samsung, or even Apple.com, are the same way.

Even though this isn’t the biggest problem, sometimes it can be annoying to have to stop VPN to get to the right landing page.

How To Take Measures Against Brute Force Attacks 

What are the Sources of Computer Viruses?

Why you should pay for a premium VPN 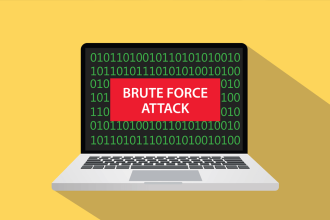 How To Take Measures Against Brute Force Attacks  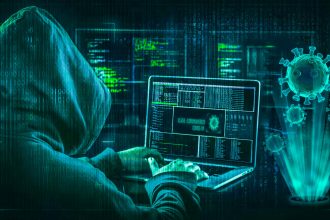 What are the Sources of Computer Viruses?