FIFA 21 MOD APK is not the official FIFA soccer game, however, you can find the official FIFA 21 mobile on Google Playstore and it is an online game. FIFA 21 MOD APK is an offline game and since 2014 (FIFA 14), Electronic Arts have officially stopped publishing FIFA mobile games that work offline but many users prefer to play it offline. So, some set of game modders went on and modified the FIFA 14 to resemble FIFA 21 by updating the latest transfers, team jerseys, camera angles, gameplay, graphics, players’ faces, and so on. Check out the full description and all the latest and updated features below.

Since the original FIFA 14 football game, the FIFA MOD series has been around and has been updated annually. Since then, it has remained the only available offline FIFA game on mobile devices that provides an array of players and leagues from all over the world. In fact, with leagues from over 30 countries and 700 + teams, this year it has gone a step further.

In previous years, gameplay and graphics in FIFA were one of the biggest concerns of users. With FIFA 21 Mod, the sluggish gameplay and boring graphics have been updated to some extent.

On the football pitch, FIFA 21 comes with substantial player controls which significantly improved the gameplay. Although a few problems are evident, such as somewhat inaccurate goalkeeper mechanics and shot, for the most part. Nonetheless, the gameplay feels smoother, more sensitive, and more complex than other previous FIFA mod games.

The gameplay is definitely a step up for FIFA 21 mod apk from my experience playing over the previous few days. There have been a lot of very positive changes in FIFA 21 which include: responsive gameplay, a balanced meta, improved mechanics of Passing/shooting/header/dribbling, practical Collisions, and improved movement for attacking/defense.

Anyone who has spent time with FIFA 20 knows that the game’s mechanics are good. FIFA for moble enthusiasts, know that defensive strategies dominated  gameplay. Good newss, FIFA 21 has been freed from its defensive restraints and removed the boring demondefence mechanics of its predecessor, which is great news for those that enjoy playing Tiki Taka.

FIFA 21 is a fast-paced, action-packed, and most importantly, entertaining game. Those who enjoy playing with the best wingers in the world will be pleased to find that the art of crossing has been improved in FIFA 21.

It’s reasonable to say that Tournament mode has been disregarded in recent years, so it’s nice to see that FIFA 21 finally gives the franchise’s longest-running game mode that most players enjoy.

Every FIFA mobile game has a strong focus on Tournament mode and this year is no exception. With the ability to play Champions leagues, FA Cup, PL, Laliga, Serie A, Bundesliga, Erdivisie, Copa de España etc. The bottom line, FIFA 21 gets its largest update in years.

You can easily download FIFA 21 MOD APK AND OBB DATA FILES from the below link and follow the step-by-step guide on how to install the app.

How to use the Tournament and Manager mode DB:

Just extract the files and replace it into ../Android/Data/

Note that the commentary file is not compulsory and the game will still run without it.

PLS IF YOU ARE UNABLE TO INSTALL OR ENCOUNTERED ANY ERROR, KINDLY COMMENT BELOW OR DIRECTLY CONTACT ME ON WHATSAPP VIA +23407089180319 AND I’LL RESPOND ASAP.

FIFA 21 Mod apk is an addictive soccer game than I have ever imagined, and the ability to play an exhibition match while offline, play tournaments, and manger mode even made in more addictive.

When it comes to visuals and gameplay, FIFA has always been a powerhouse, and FIFA 21 once again delivers on this front, and we are so excited to see what the game looks like next year.

Overall, FIFA 21 Mod apk is an outstanding game, which some slight tweaks have greatly enhanced it. Some would suggest that instead of having to modify the FIFA 14, why not modify the original FIFA 21 as a whole?. No, that’s not possible because the original FIFA 21 mobile is entirely an online game that requires the collection of data from EA servers before loading and it is more of a strategic card game with no clear graphics as the abandoned FIFA 14 that undergo certain modifications.

But, as I keep saying, when you have a full package like FIFA 21 Mod Apk, then you don’t need to worry about the original FIFA 21 mobile or any other soccer games on phones.

By Ibrahim Garba
Follow:
I'm a twenty-something-year-old geeky guy who lives and dies for tech. Android, specifically. I spend most of my time surfing da net & playing video games. My love for video games started the day I played PAC-MAN.
2 Comments 2 Comments 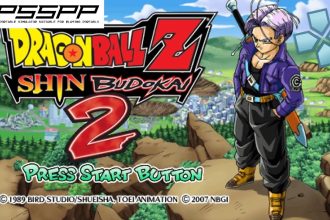